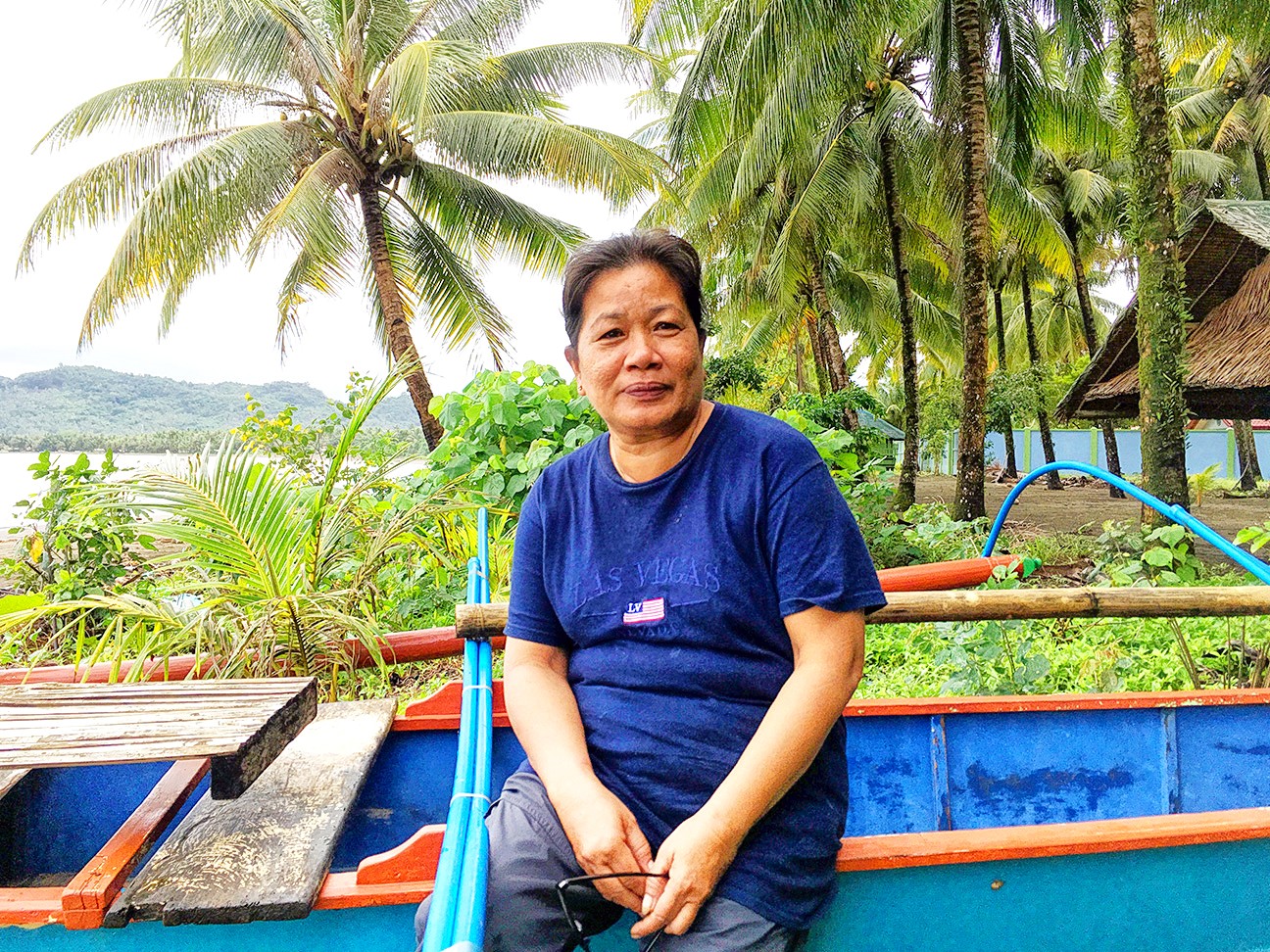 Bon-ot Fisherfolk and Vendors Association President Virginia A. Rosit sits her  fishing boat, just a stone-throw away from her home in the coastal village of Bon-ot, Carrascal town, Surigao del Sur. In partnership with Marcventures Mining and Development Corporation, Rosit aims to engage her members into income-generating small businesses of their own.

CARRASCAL, Surigao del Sur--Less than a year after receiving a grant of PHP150,000 from Marcventures Mining and Development Corporation (MMDC), Bon-ot Fisherfolk and Vendors Association (BFVA) successfully managed the funds among its 32 members by utilizing it to finance their small businesses.

BFVA received the MMDC grant on April 2018 and released the funds through small loans in two batches at PHP9,000 for each member.  A total of 16 beneficiaries received funds on the first cycle.

BFVA President Virginia A. Rosit said a member must be able to return the money within four months at 5 percent interest.

"They must also spend the money on an income-generating business related to fish production, fish vending, hog-fattening and sari-sari store," Rosit said.

The first batch, she said, recorded a 99 percent repayment rate, enabling the organization to finance the small businesses of the remaining 16 members.

According to Rosit, 75 percent of the group's net profit was divided among "members of good standing" at the end of the year, while the rest is funneled back to the association for  operational expenses.

"We also allocate a fixed percentage of our income for organizational development, educational fund, and for general reserve fund," she said.

"The seed capital provided by Marcventures has gone a long way in making a difference in our members' lives, and in strengthening our organization," she said.

BFVA is one of the many community-based organizations that have benefited from MMDC's Social Development and Management Program (SMDP)--yearly allocations to fund social development programs in the areas of health, livelihood, education, infrastructure support, and even socio-cultural preservation.

The company's annual SDMP funds--equivalent to the 1.5 percent of its annual operating costs--benefit thousands of families in four host and five neighboring barangays, as well as 33 non-mining communities.