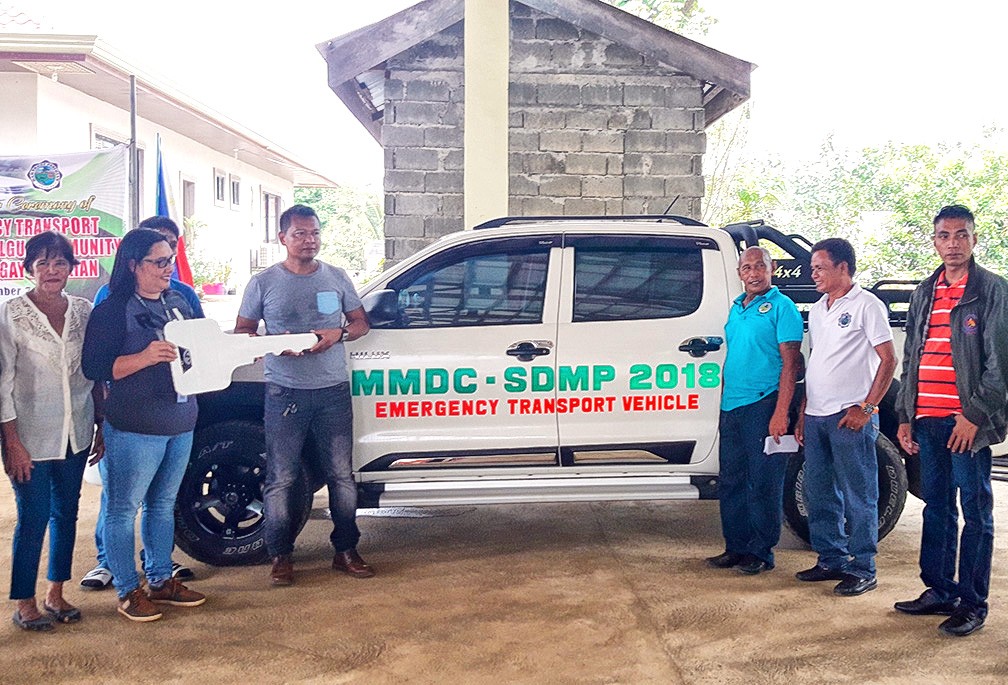 CARRASCAL, Surigao del Sur -- Having been a village leader for years now, Mamelito M. Cabadonga knows all too well the importance of having a reliable means of transport in far-flung barangays, such as Panikian in Carrascal.

"It is not uncommon for women about to give birth or any villager who have critically-ill patients to knock on the door of barangay officials during unholy hours," says Cabadonga, Panikian's incumbent village chairman.

While the barangay owns an old L300 van, Cabadonga said it’s always riskier to be in an older, rickety car.

"Often, we would use motorcycles for emergency cases but this is not a reliable means of transport especially during emergencies," he concedes.

"We live in in a hilly area several kilometers away from the town center, and transportation has been a constant challenge for us," Cabadonga points out.

These concerns no longer bother Cabadonga and his colleagues in the Barangay Council when Marcventures Mining and Development Corporation (MMDC) recently provided the village with a brand-new pickup car amounting to PHP770,000.

"It's an all-around car that has multiple uses,” Cabadonga says during the turn-over ceremony led by MMDC Community Relations Manager Nancy Baldoza on September 22, 2018.

Aside from transporting patients, Cabadonga says the Toyota Hilux vehicle will be used for educational, utility, livelihood projects, peace and order, and for official travels of barangay officials.

"The vehicle is also open for use by schools, churches, and other community organizations within the village," the barangay chairman assures.

SDMP components consist of yearly community programs in areas that include health, education, livelihood, public facilities and socio-cultural promotion.  Its allocation is equivalent to 1.5% of a mining company’s annual operating cost.

Under the Philippine Mining Act of 1995, SDMP funds should be used for the “sustained improvement in the living standards of the host and neighboring communities by creating responsible, self-reliant and resource-based communities capable of developing, implementing and managing community development programs, projects, and activities in a manner consistent with the principle of people empowerment.”