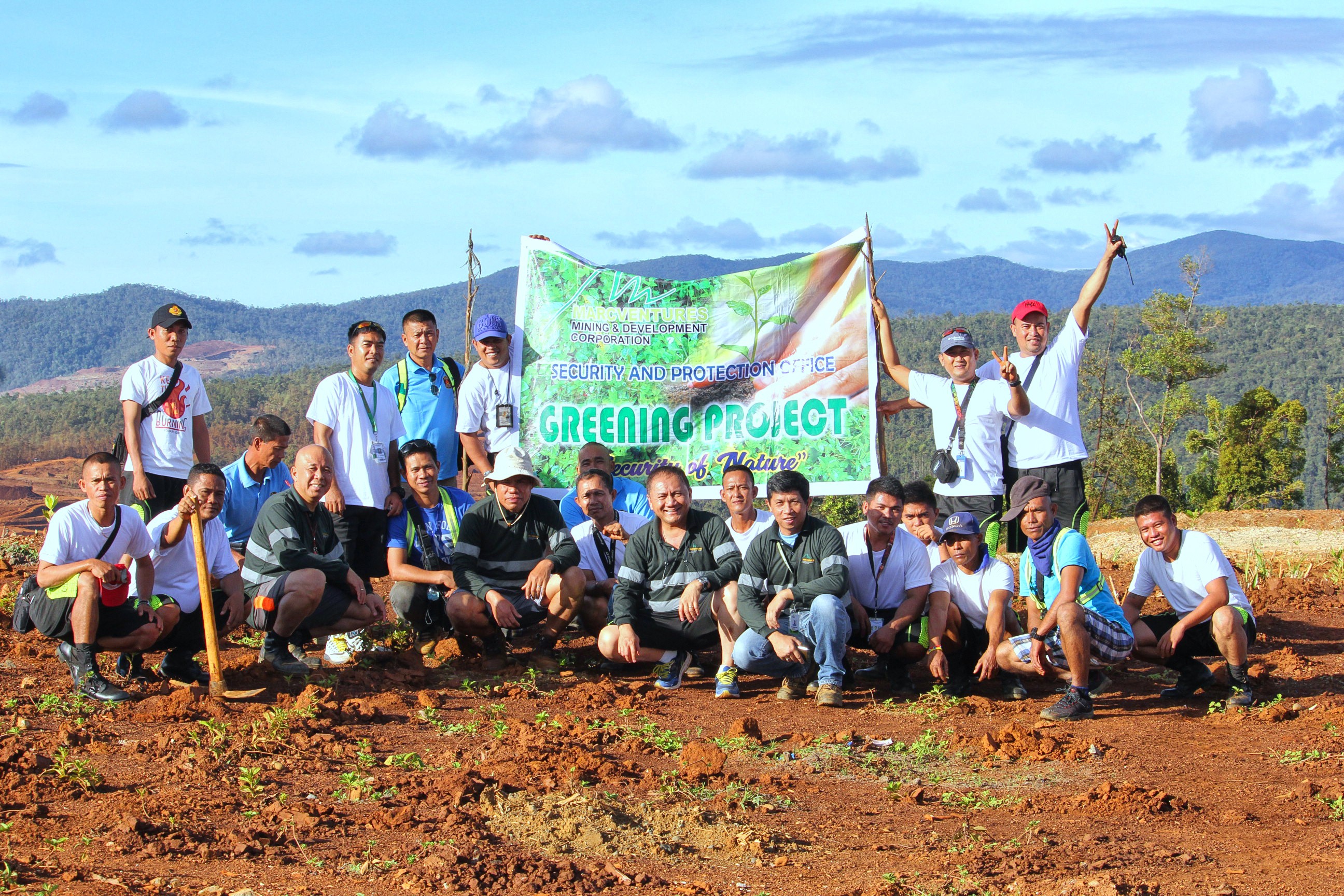 Cover photo shows members of MMDC Security and Protection Office (SPO) after their tree planting activity at the Pili mined out area. In second and third photos, SPO personnel are seen in action as Security Manager Gerry Formes (third from right, last photo) shows team members how it's done.

Members of The Security and Protection Office (SPO) of Marcventures Mining and Development Corporation (MMDC) continue to demonstrate that, apart from securing life and property within and around the Company’s Carrascal Nickel Project in Surigao del Sur, they are one with MMDC’s  mission to protect and restore the environment.  Just recently, they were at the forefront of a tree planting activity in Pili, one of the Project’s mined out areas.

Security Officer Bayani Marcelino spearheaded the activity, along with 26 SPO personnel who planted over 400 seedlings of peanut grass, napier grass, acacia, mangium, and magotambis plant species. These plants had been grown in MMDC’s nursery and were carefully chosen based on their growth rate, their nitrogen-fixing ability, and their potential in controlling soil erosion.

Guided by the Environment team, the SPO members want to determine if the selected species will flourish in the mined out area. They are paying particular attention to the peanut grass, a perennial plant used for groundcover that also aids in keeping the soil fertile.

According to MMDC Security Manager Gerry Formes, participating in the tree planting activity brings them joy and fulfilment knowing they are supporting the Company’s greening and rehabilitation program.

“We consider this as important as accomplishing our SPO responsibilities because we understand that caring for the environment is a precious service to God and to our people,” said Formes.

Although some members of the team were also involved in past tree planting initiatives, Security Officer Bayani Marcelino shared that this time, they have more conviction in what they do especially after seeing how the seedlings they previously planted have started to grow and are now covering patches of land. “It is always gratifying to see the fruits of our labor,” he said.  “It makes us feel that we’re really doing something good here.”

Recognizing the importance of rehabilitation in mining, the SPO team members are looking forward to more tree planting activities involving them in the near future. Formes also stressed that tree planting is one special project that his colleagues want to be successful at, and they hope they can also inspire others to do the same.

“Our (MMDC) president (Yulo Perez) has already articulated what must be done to achieve sustainable development in the communities where we operate even after our operations here,” Formes added.  “We reassure him that the SPO team will give its all-out support for this laudable objective every step of the way.” 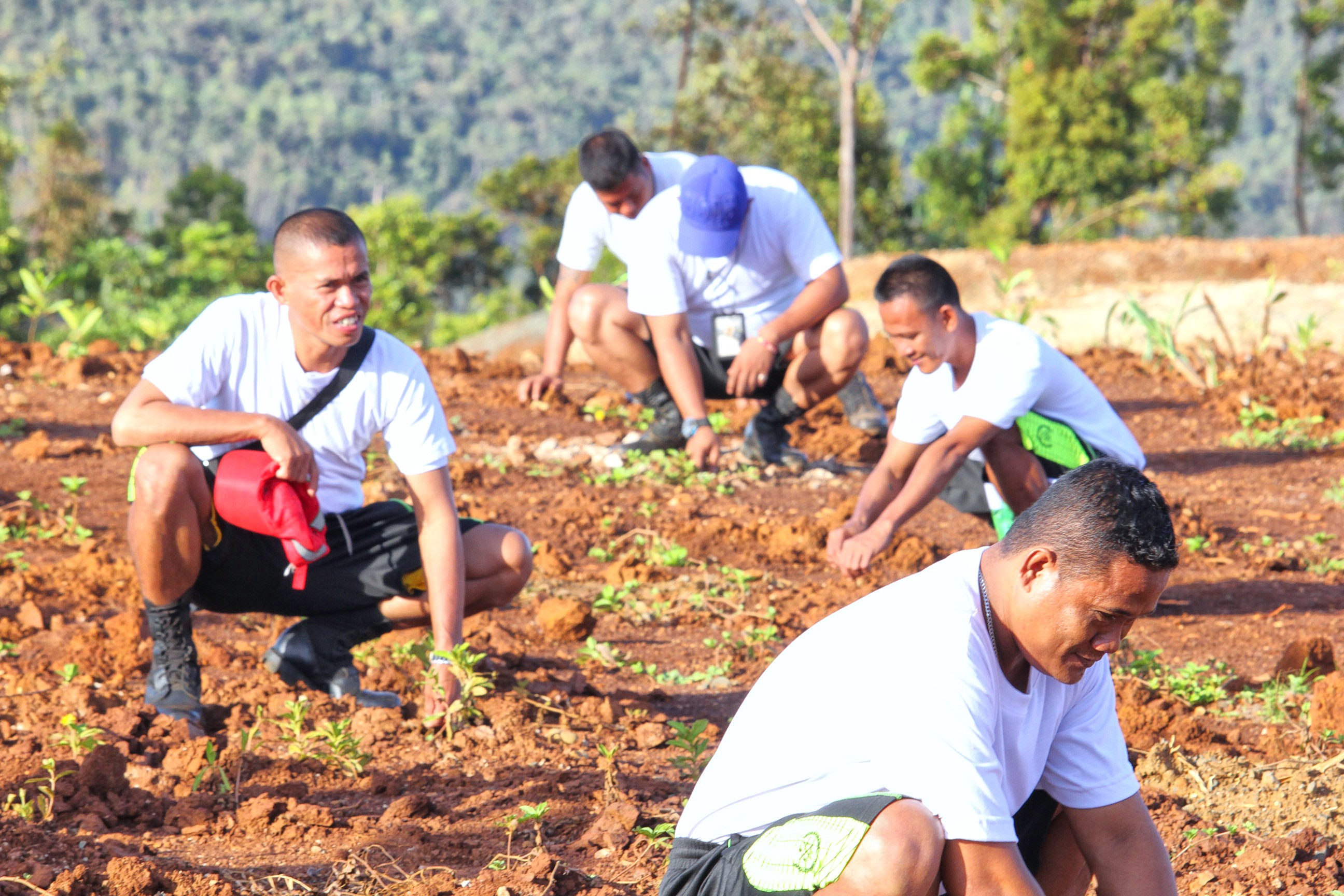 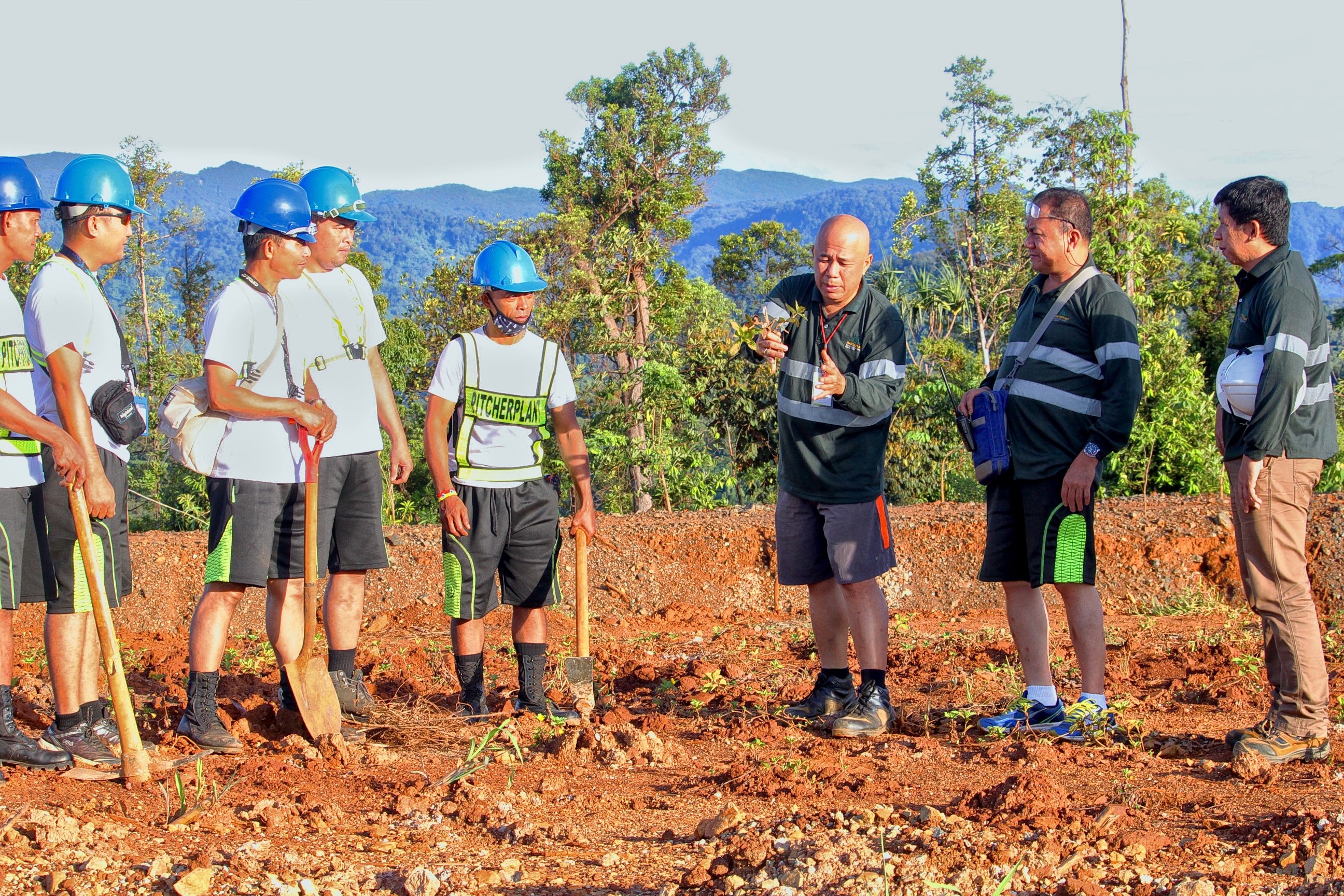