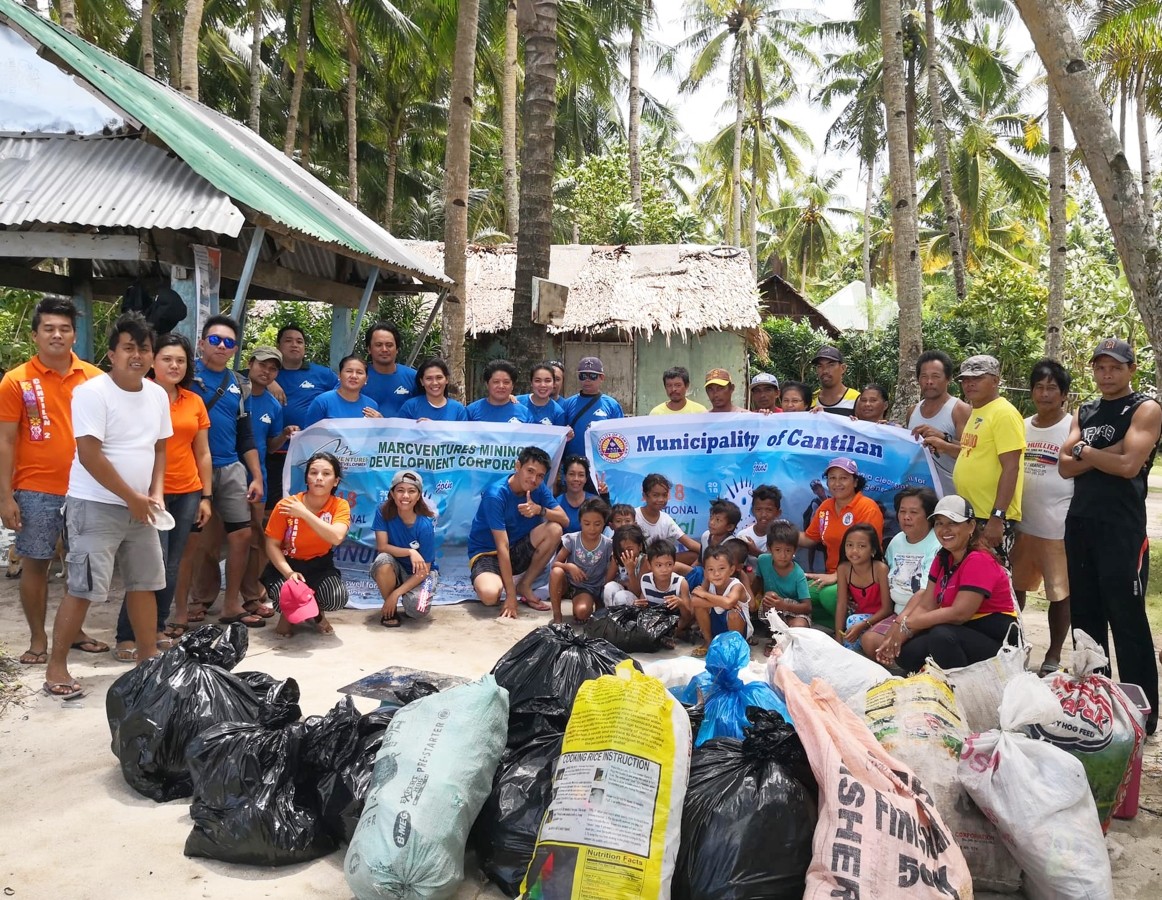 CARRASCAL, Surigao del Sur -- A total of 140 kilos of assorted garbage that would have washed out to the ocean were collected during a coastal cleanup on an island village in Cantilan town.

The event was part of the International Coastal Cleanup activity, where over 200 volunteers from Marcventures Mining and Development Corporation (MMDC), community stakeholders and local government units were assigned in teams to clean Cantilan's most ecologically-vulnerable beaches.

The 20-man MMDC team was joined by 15 teachers and 30 islanders in picking up assorted trash that was beginning to overrun the white sand shores of Ayoke in General Islands.

"The villagers really appreciated the cleanup, and it also taught them the value of maintaining the cleanliness of the seashore and how this impacts their fishing livelihood," said Engr. Nineveh Mejoy, MMDC’s Superintendent for External Plantations.

Nineveh said MMDC has been a regular at the annual coastal cleanup for years, and spearheads at least three to four similar activities in a year.

"We regularly conduct cleanup on rivers that Marcventures has adopted, as well as on mangrove areas in Carrascal town," she said.

During this year's Earth Day celebration,MMDC personnel planted some 1,000 mangrove propagules along the Bon-ot riverbank in Carrascal. A cleanup along the town's coastline also collected a total of 430 kilograms of plastics.

A 2015 study found that around 5 to 12 million metric tons of plastic materials go directly into the ocean from land each year. By 2050, the study estimates that there will be more plastic than fish in the ocean by weight.