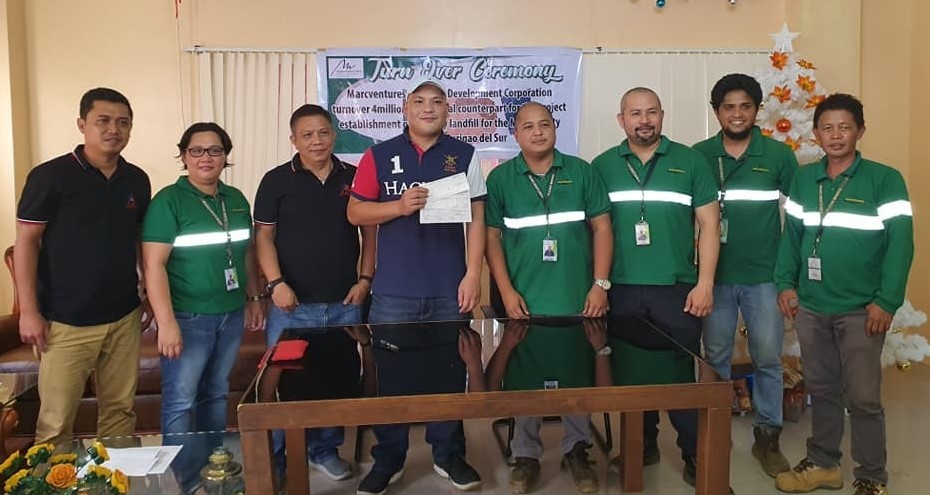 Fully committed to support its host and neighboring communities, Marcventures Mining and Development Corporation (MMDC) handed its Php4 million donation to the Municipality of Carrascal in Surigao del Sur province to support the sanitary landfill project.

“MMDC is committed to support its host communities. This environmental initiative is very significant because it focuses on the health and safety of the people in Carrascal” explained MMDC Resident Mine Manager Engr. Lito Mortella.

The project aims to properly manage the waste generated within the municipality. Using an engineered disposal method, the waste is buried underground or in a controlled and monitored large pile. The bottom of the landfill has a plumbing system which collect liquid substances. The system prevents the leakage of leachate which can harm the waterways.

MMDC owns a nickel mine operating in the municipalities of Cantilan, Carrascal and Madrid in the province of Surigao del Sur under a Mineral Production Sharing Agreement (MPSA) 016-93-XII covering an area of 4,799 hectares.