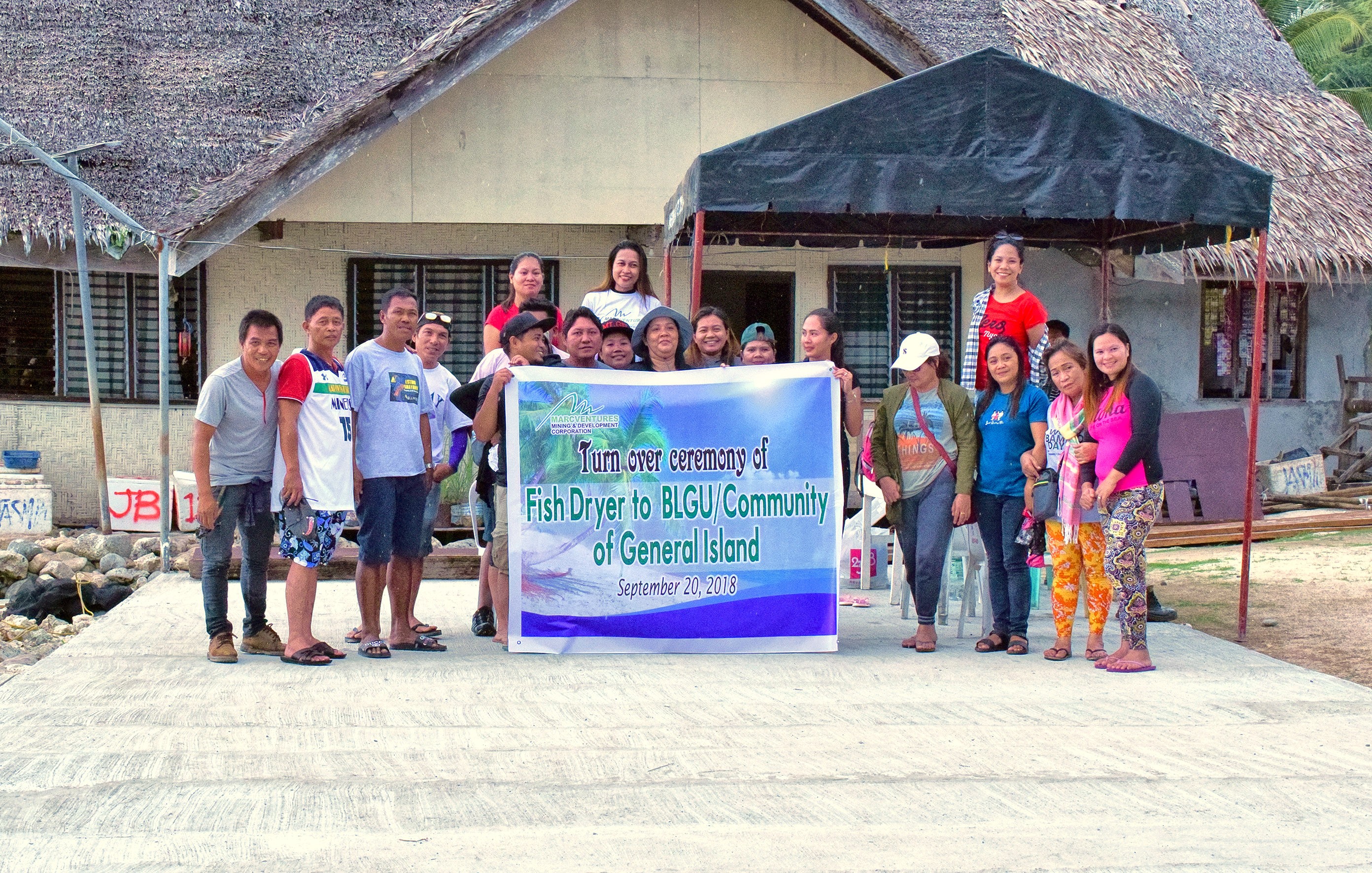 PANIKIAN, Carrascal, Surigao del Sur - The fisherfolks of General Islands start their day like clockwork. According to Brgy. Chairman Ramil Flores, the day’s catch must be sold immediately. If possible, as soon they arrive from high seas to avoid spoilage.

General Islands fisherfolk sell their catch at Cantillan town center, almost an hour away from the island. Since they travel far, spoilage is very common, thereby depriving the islanders of much-needed income. Imagine wasting the grueling hours, toiling the vastness of the waters  only to lose income from spoilage.

Flores and his colleagues in the Barangay Council found a solution by constructing a fish dryer, using the village's Social Development and Management Program (SDMP) funds from Marcventures Mining and Development Corporation (MMDC).

General Islands is one of MMDC's 33 "non-mining" barangays, with an annual allocation of PHP100,000 which can be used to fund a priority project.

Chairman Flores said the fish dryer would benefit 61 fishermen. Instead of losing income from spoilage they can preserve their catch and extend the shelf life. The fish can stay fresh even if they sell it at a later time.

The beneficiaries, he said, represent at least 80 percent of the households consisting of the island's 1,800 population.

Before the construction of the fish dryer, Flores recalled that residents would often dry their catch on unhygienic surfaces, resulting in poor quality products.

With the fish dryer, he said the barangay could also earn by charging PHP20 per kilo of fish for the maintenance of the facility.