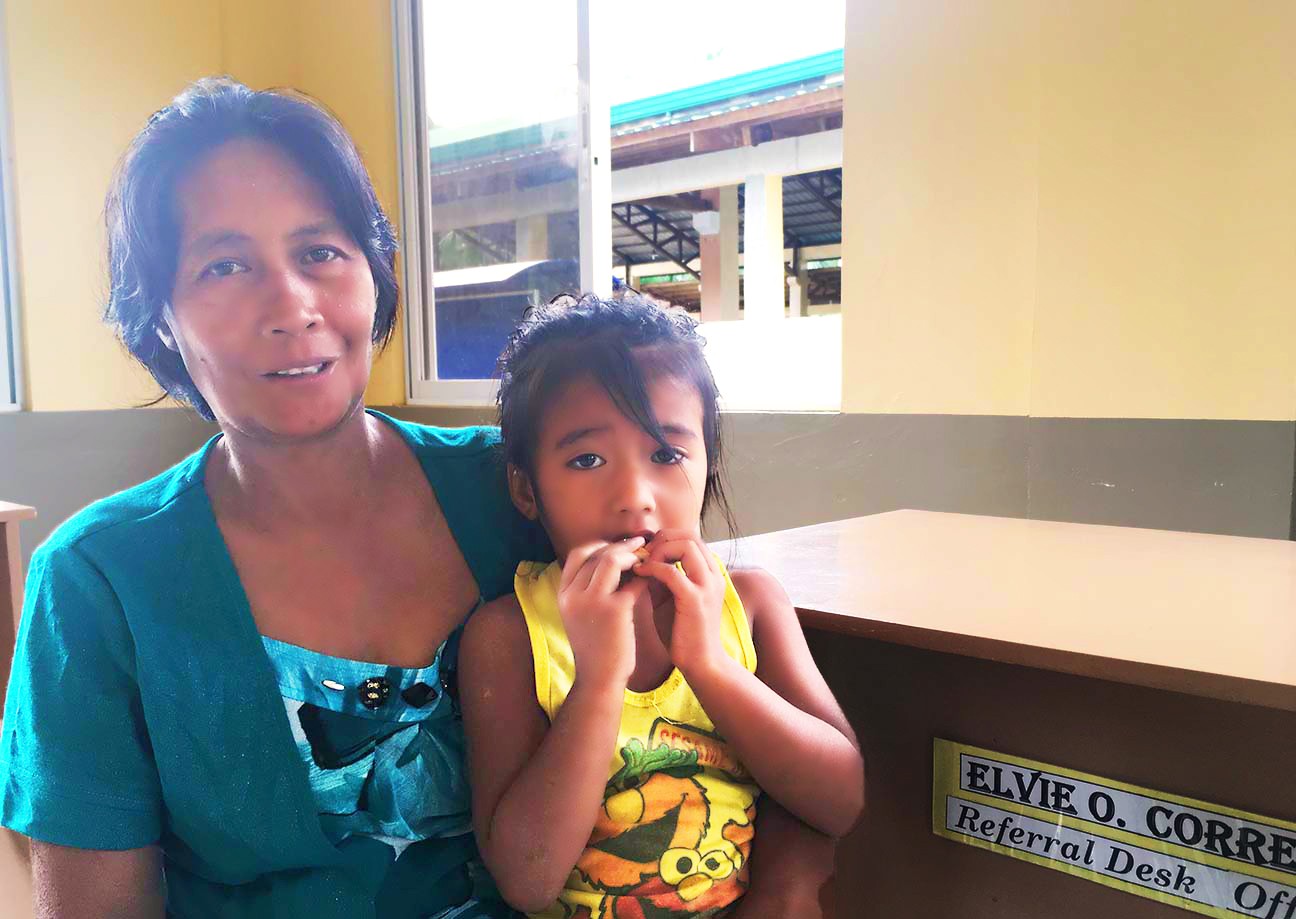 Lourdes Ruadel of Brgy. Gamuton, Carrascal availed of the Assistance to Individual Crisis Situation (AICS) when her grandchild fell ill.

CARRASCAL, Surigao del Sur--The Assistance to Individual Crisis Situation (AICS) funded by Marcventures Mining and Development Corporation (MMDC) has been the refuge for many in times of immediate need.

Dengue, a mosquito-borne viral disease, can be fatal if not immediately addressed. Last year, it killed closer to a thousand people in the Philippines.

Desperate and without a centavo in her pocket when her grandchild fell ill, Ruadel headed to their barangay health center to enroll in MMDC’s AICS program. She received  PHP1,000 in cash aid.

Ruadel also availed of  PHP800 worth of medicines provided by MMDC to Botika ng Bayan (pharmacy) for patients with doctor's prescription.

"I really had nothing at the time my grandchild fell ill. He had recurring high fever for days, and we suspected it was dengue. I thought I would go crazy," the grandmother said in the dialect.

A mother of eight married children, Ruadel looks after her four grandchildren with her husband, who does odd jobs for the family to survive.

"Armed with the PHP1,000 cash from MMDC, I immediately brought my grandchild to hospital where we also availed of PhilHealth benefits. The cash on hand really helped with the transportation and other expenses," she said.

Elwina Dagohoy, Gamuton's barangay secretary, said she has witnessed many cases similar to Ruadel's situation, where the AICS program became the last resort for distraught families who experience medical emergencies.

"As a barangay worker here, I've seen how the program helped people who are in dire need and who had no one to turn to," Dagohoy said.

Dagohoy herself, a 42-year old mother of two, benefited from the medicine supply provided by the MMDC to the village's health center.

"I had infection last year, and the free antibiotics really helped me a lot. The barangay has its own medicines but the supply would sometimes run out. The free medicines provided by Marcventures really filled the gap in times of need," she said in the dialect.

Under the AICS program, Brgy. Gamuton received PHP100,000 from MMDC in 2018. The village also received PHP60,000 worth of medicines in the same year. Each recipient receives a maximum of PHP1,000 in cash for AICS and PHP800 for free medicines.

Both the AICS and the medicine provision programs are managed by the barangay, which evaluates the needs of the patients.

Aside from Brgy. Gamuton, both programs are also available in MMDC's four host and five neighboring barangays.

Health programs are funded from the company's Social Development and Management Program (SMDP), a yearly allocation that funds social development programs in the areas of health, livelihood, education, infrastructure support, and even socio-cultural preservation.

The company's annual SDMP funds--equivalent to the 1.5 percent of its annual operating costs--also benefits its 33 non-mining communities.