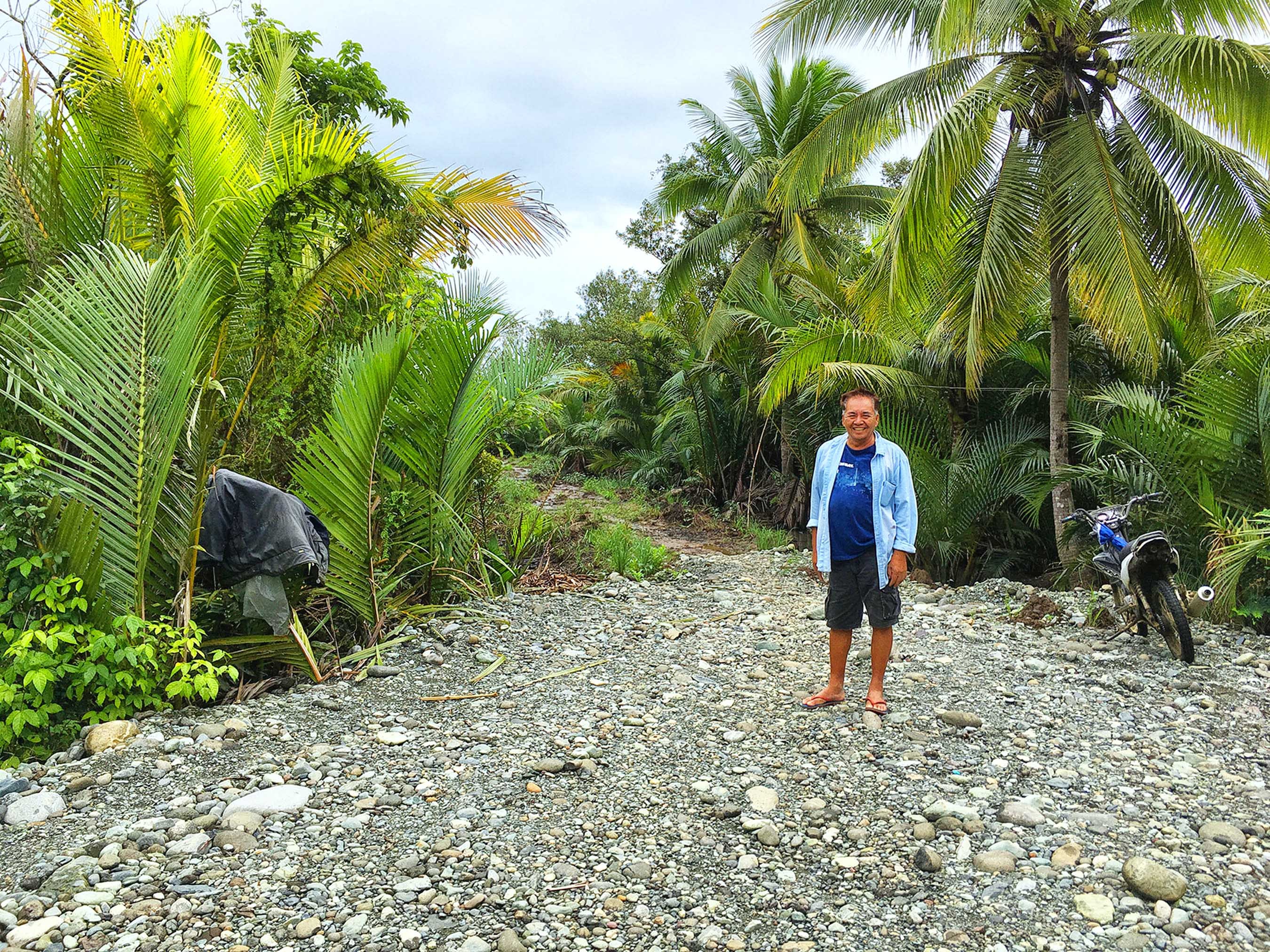 Brgy. Chairperson Noel Azarcon of Cantilan town (as seen in cover photo) at the access road leading to a planned bridge that would cut the travel distance between the farming village to the town center from 7 kilometers to only 3.

CARRASCAL, Surigao del Sur--It only takes a spark to get a fire going, the saying goes.

For the village officials of Tapi, a farming community located in the interior of Cantilan town, it also took faith from a development partner for them to muster enough confidence to finally get an ambitious project off the ground.

That partner is Marcventures Mining and Development Corporation (MMDC), which provided the initial funds to build an access road on swampy area leading to the Sta. Teresita river, where the barangay envisions to build its first bridge.

Brgy. Chairperson Noel Azarcon said the bridge would cut the distance from the village to the town center from seven kilometers to only three, enabling farmers and livestock raisers to efficiently transport their products.

"We are situated in the interior portion of the town, and our roads are mostly unpaved. If we can build that bridge, that would spare our residents from the long, circuitous road that is impassable during rainy season," Azarcon said in the dialect.

But setting the project in motion proved difficult, especially for a village that has one of the lowest populations in the town.

Providing counterpart funds is one way to attract allocation from local and provincial governments, but Azarcon said Brgy. Tapi simply couldn't afford it. The plan languished for years.

In 2018 however, the villagers finally saw light at the end of the tunnel when MMDC offered to build the access road measuring over a hundred meters. It required widening and graveling works, turning a swampy area into a road that can accommodate large vehicles.

"We finally jumpstarted our dream project, and everything soon followed," Azarcon said, referring to the commitments they obtained from local and provincial governments for counterpart funds to finally build the bridge.

To date, the funding commitment amounts to over PHP400,000, with the barangay expecting to utilize its annual allotment of PHP100,000 from MMDC as counterpart funds.

As one of the 33 "non-mining communities" of MMDC's Surigao del Sur Nickel Project, Brgy. Tapi receives yearly allocation of PHP100,000 that must be spent within the programmatic initiatives outlined under the company's Social Development and Management Program (SDMP).

These projects must be related to health, livelihood, education, infrastructure support, and socio-cultural preservation.

Similar to MMDC's host and neighboring barangays, villages under the "non-mining communities" identify the projects themselves based on their needs, ensuring that funded programs generate positive impact for the recipients.

For Brgy.Tapi, Azarcon said the access road and the bridge will benefit not only the village residents but also the thousands of constituents of neighboring interior barangays.

"We aim to finish the remaining access road this year with MMDC's help, and complete the bridge by 2020. With the faith that MMDC has bestowed on us, we are confident we can build this bridge and help our barangay develop economically," the village official said.